The research began with an audit of databases which claim to contain Indigenous knowledge of Northern Australia which revealed the existence of many such databases almost none of which were ever made use of either by Indigenous or non-Indigenous users.

This led to working with several indigenous groups to research which sorts of software and hardware solutions these groups valued in mking and managing collective memory. Emerging solutions include products valued by some  Larrakia people, the Garma Cultural Studies Institute, by a group at Kapulwarnamyo, East of the Arafura Swamp, among others. These groups of indigenous people, working in particular contexts, are seeking ways to use digital technology (computers, digital cameras, sound recordings) to keep their own languages, and ecological knowledge systems strong 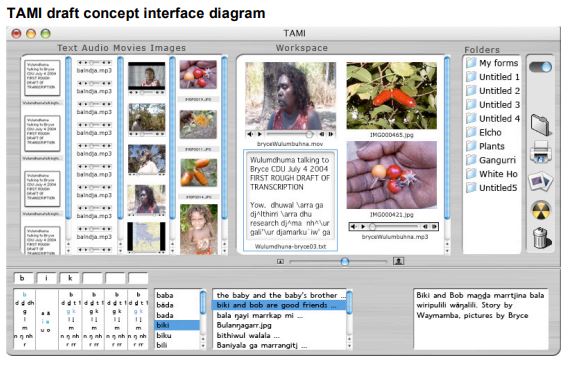