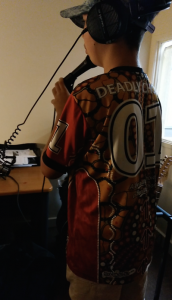 The Safer Public Places: Alice Springs Action Plan 2017-2018 and Summer in Alice school holiday campaign 2017-2018 is the biggest coordinated and pre-emptive campaign by a NT Government to target young people at risk before they engage in antisocial or criminal behaviour during the summer holiday period. The Northern Territory Government Senior Coordination Committee requested that the campaign be externally evaluated.

Researchers from The Northern Institute at Charles Darwin University conducted conversational ethnography at eleven of the venues where the school holiday activities were conducted by a wide range of youth services provider organisations.  A fieldworker initiated conversations with young people about their experiences and if they agreed, recorded the conversations on a mobile phone.  Still images and a limited amount of video footage was assembled.